This page is dedicated to those that have used one of my knives in the preparation of Game Got.

If you have used a Raker knife to process your game and wish to have it published for all to see, please send me a pic and description of knife used. 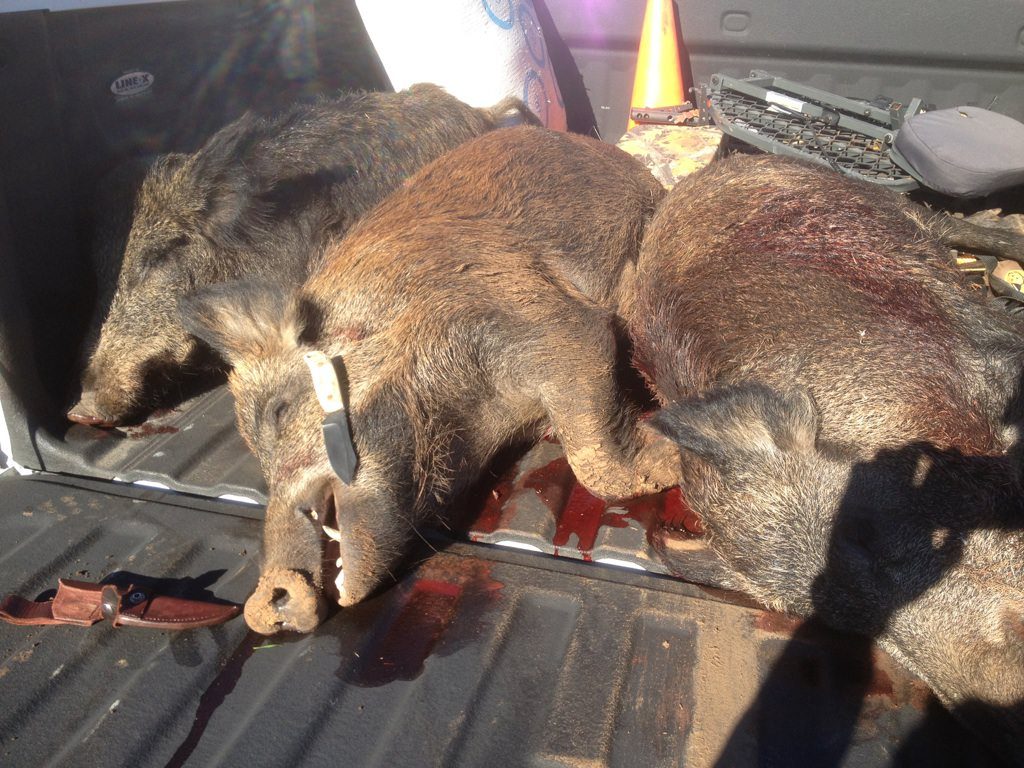 These three hogs were taken near Lawton, Ok on Nov. 17, 2011 by Jarrod Miller. The knife used to clean these hogs is a BOB III that I had used some elk antler from Mr. Miller for the scales. Sheath by Mike Stott of Tahlequah, OK.

These two deer were taken by Thomas Kirk, my son, during archery season. He used a damascus knife with a 3″ blade and Bois D Arc handles. I had made for him just before he went to Kuwait. He took it again when he went to Iraq. He won’t even try some of my other knives. I guess when you get used to one, it is hard to switch and I can understand that. 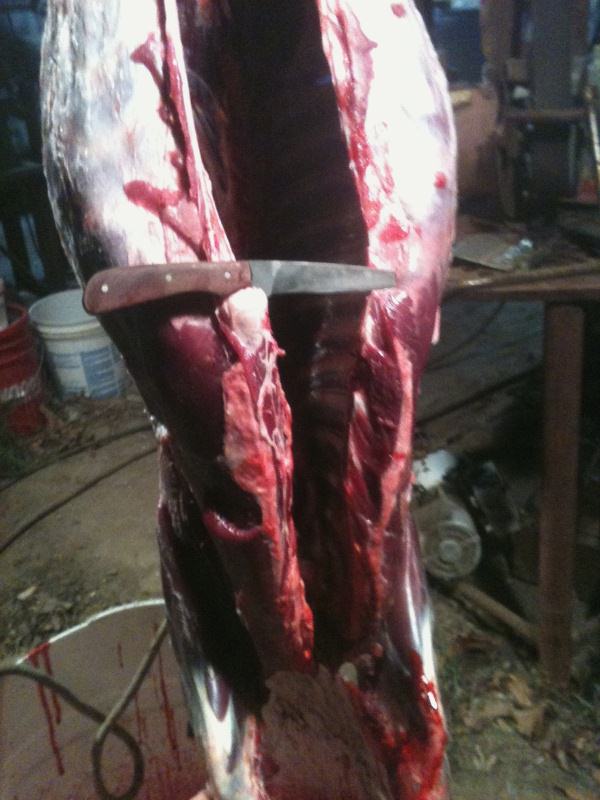 This 8 pt buck was completely processed using this Lil Boner, a 4″ boning knife made from 1075 with the 2.1 % nickel. I used it to cut off the head, skin, gut, split breast bone and cut all the meat off to fit into a large ice chest. It would still shave when done, not quite as easily as before but did hold a very fine edge.

This hog was taken by Chris Deren and his sons while visiting his sons in Florida. It was taken on an island that was restricted to primitive weapons and no vehicles. The hog is shown with one of my earlier models, a san mia Raven with Bois D’Arc scales. The deer was taken in the White River bottoms of Arkansas. Thanks for the pic, Chris. 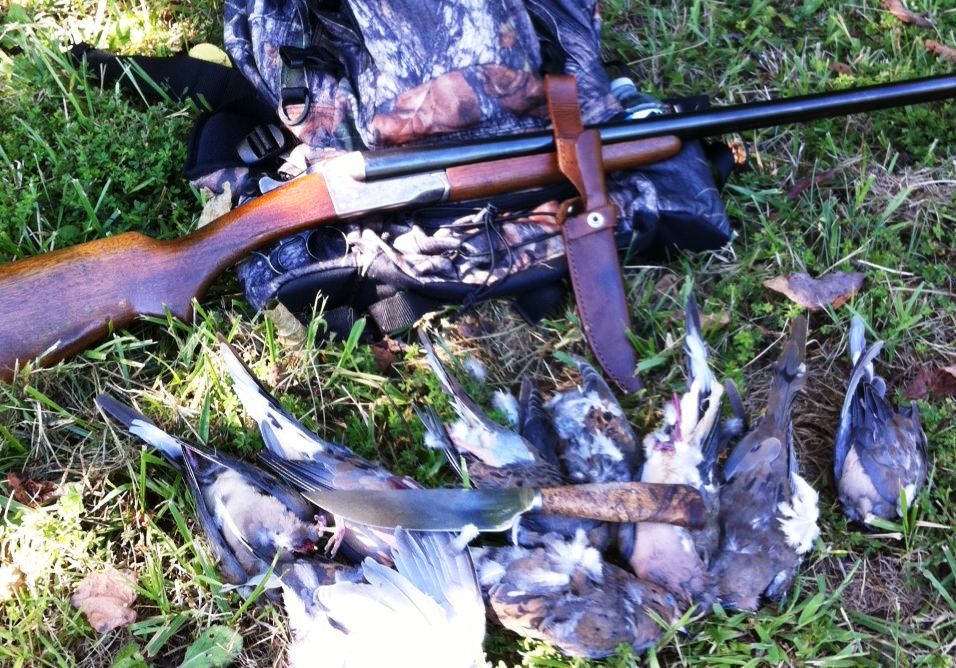 Opening day of bird season saw David Holguin get a limit of birds. A Raker knife was used to dress them for an evening meal. David lives in Tennessee and enjoys the outdoors and all its activities. He has also been great to give me feed back on the performance and comfort of using my knives. 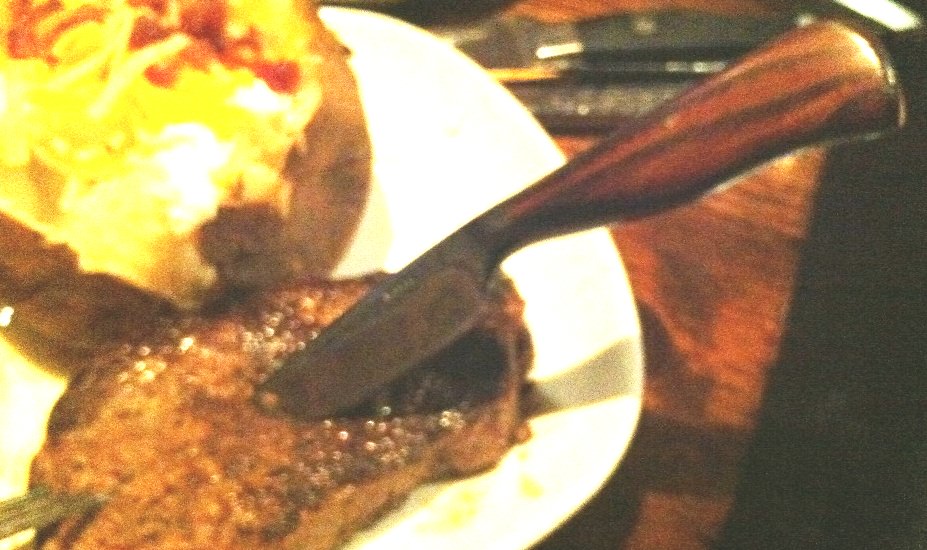 D. Klaus couldn’t wait to kill something so he cut the first piece of meat he came across. Just happened to be a very nice steak. Sharp knives make tender steaks. Using the NDN mini magnum which has a 2 3/4″ blade and Bois D Arc handle.

Another large game got that was the object of attention of a Raker knife. C. Deren gifted his sons with a knife identical to his and the performance was just as good. Here is an excerpt from his sons email.

You can send this to the knife maker for his collection.

This 8’1″ gator was caught on Newnans Lake by Mark and I. We happened to be out there when the shad were schooled up and there were over 80 gators in a small area in a feeding frenzy. We pulled up and hooked this one on the first cast. The knife made the skinning and processing as simple as I’ve ever had it. Cutting through the tough hide was like cutting warm butter. What a way to break it in! Thanks for the awesome gift Dad. I can’t wait to get some elk on it. 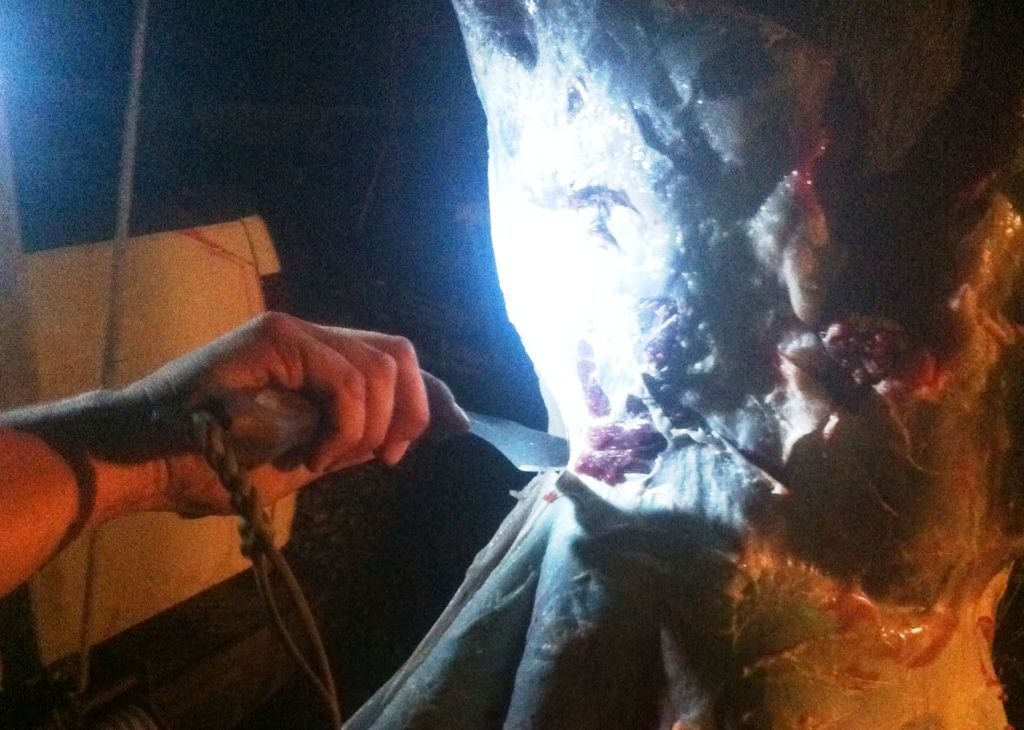 My son, Thomas with his first deer of the year (2013) with bow. He got to use the skinning hatchet to test it out. It did a great job (after clearing out his shooting lanes) but got a small chip when he cut the leg bones. Guess that isn’t too bad since the leg bone of deer has caused a lot of blades to fail. Looking forward to cleaning several more before the season ends. 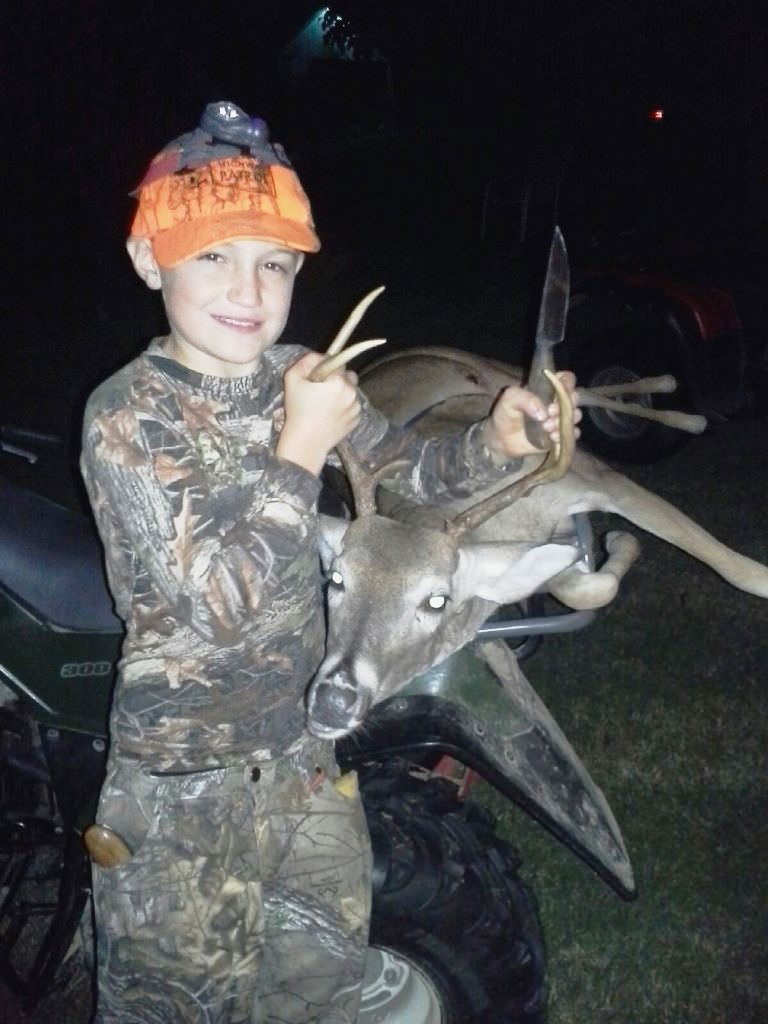 This nice 5 point buck was taken with black powder near Welling, OK. This is the second deer that Hunter Clay ever shot and he had an NDN integral to help him process it. Picture furnished by his proud uncle. 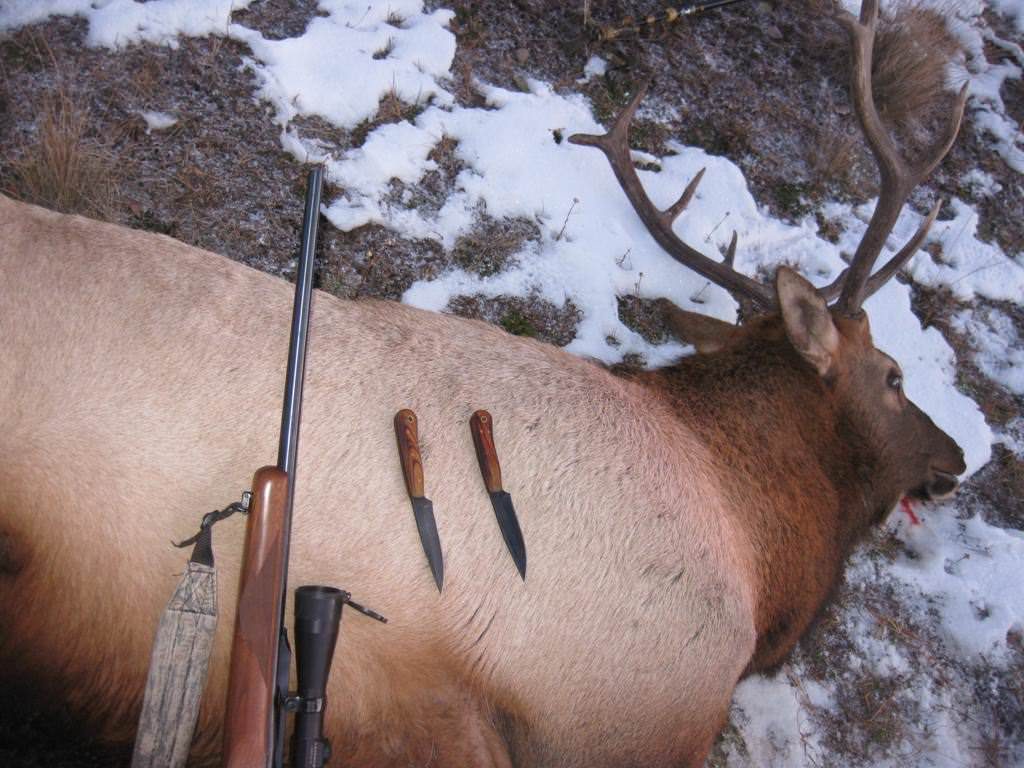 Attached is a photo of my first elk, a 5×4 taken in Gunnison, CO. He is fixin to be broken down with the two Raker knives laying on him. They were given to me and family friend Mark Browning by my father, Chris. Mine had been broken in on the gator you have on your site and Mark’s was brand new. We went 4 for 4 on elk and four Raker knives got action. The performance and durability through heavy hide and bone impressed the outfitter!